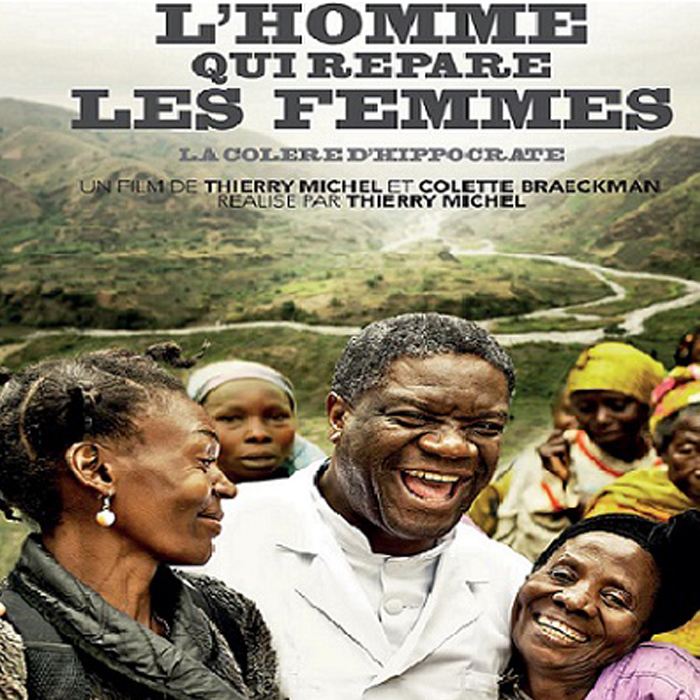 Through this article, I would like to pay tribute to a great man, Dr Denis Mukgewe, and mark my support to the thousands of Congolese women and children who have experienced the worst atrocities for more than 20 years in the South-Kuvi a region in Democratic Republic of Congo. In my humble level, I wish to sensitize and inform everyone who will read this article about the tragedy that affects women and children victims of absurd and unhealthy economic and political systems. 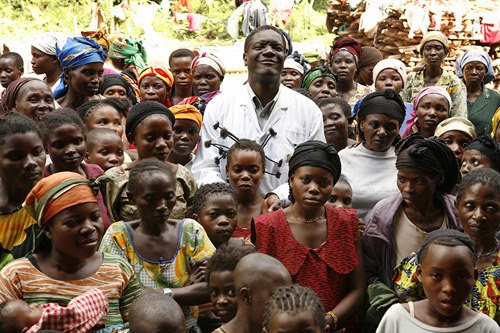 Recently, during the opening of FIFDA festival in Paris, I attended the screening premiere of the documentary film « L’homme qui répare les femmes » (The Man who repairs the women) of Thierry Michel and Colette Braeckman. After the screening of the film and the debate that followed, I was deeply touched by the fate of these women and children, and it is more than necessary to speak about this tragedy. It is time to break the silence around this genocide, related to the conflict affecting over 20 years the eastern DRC and causing more than 6 million deaths. The Congo is among the poorest countries in the world, although with a very rich subsoil, but who is plundered everywhere. For information, this country attracts multinationals wishing to recover a rare commodity, coltan, used for making our smartphones, computers, etc… These companies have joined the armies of Uganda, Rwanda, Burundi and DRC who occupied the Eastern Province and the Kivu region in the east of the country to have access to this resource quietly. For this, thousands of women and children were raped to terrorize the Congolese population, forcing them to flee the country. This film reveals that rape is used as a powerful and destructive weapon of war, a real Humanity violation. Thus, this poignant film tells the horrors that have plagued these Congolese women and children and how a courageous man, Dr. Mukgewe has treated these women all these years risking his life and his family’s one.

While men without heart or soul are destroying women lives and bodies, one man, Dr. Mukgewe like an angel in a white coat doctor, as described by his mother in the film, just supports these women, repairs their femininity and helps them rebuilding their lives. He became the spokesman of this women community internationally, receiving awards and honors for his bravery, and talked about their situation at the UN, the Clinton Foundation, the Fondation Chirac… Today he is threatened with death and now lives cloistered in his hospital in Bukavu, under the protection of peacekeepers. However, it is not alone in the fight. Beside him, the women he has given back their physical integrity and their dignity, become thanks to him true peace activists, hungry for justice, fighting and moving forward to make things happen. One of them gives her testimony and says she wants to study medicine in order to treat also abused women. 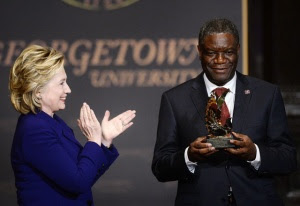 During the debate, the strong message that emerged is that it is essential to talk about what is happening there, to act one way or another so that these atrocities stop. As can be expected, unfortunately the film won’t be shown in Kinshasa, because it has been forbidden by the DRC government, however encouraging news it will be released in French theaters in 2016. In the meantime, I invite you to use your smartphones and computers to share this information with people around you, so that all these communication tools can be used to do good after so much trouble. Support these women and children by disseminating this story as much as possible and take action if you can via the Dr. Mukgewe’s Fondation Panzi or by any other means! Let’s these women and children’s voices be heard. Thank you !